The bassist’s main job is to play the roots of the chords and “lay down an excellent groove.” The bass is the inspiration, the underside, the pulse, the “glue” that keeps everyone collectively. When doing this, he/she improvises a melody by taking part in single notes in the right hand while comping the chords in the left hand (pretty cool!).

In 1927, Paul Whiteman co-wrote the song “Wide Open Spaces” with Byron Gay and Richard A. Whiting. The Colonial Club Orchestra launched a recording of the music on Brunswick Records in 1927 as 3549-A with Irving Kaufman on vocals. Whiteman composed the piano work “Dreaming The Waltz Away” with Fred Rose in 1926.

In 1998, the 1920 Paul Whiteman recording of “Whispering” was inducted in the Grammy Hall of Fame. In 2006 the Paul Whiteman Orchestra’s 1928 recording of Ol’ Man River with Paul Robeson on vocals was inducted into the Grammy Hall of Fame. The track was recorded on March 1, 1928, in New York and released as Victor A. In 1920, he co-wrote the music to the music “Bonnie Lassie” with Joseph H. Santly with lyrics by John W. Bratton. The track was recorded by Charles Hart who launched it as an Okeh 78 single, 4244. 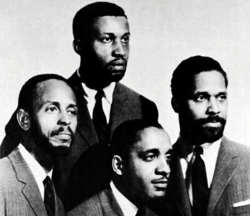 1920 launch of “Whispering” by Paul Whiteman and His Ambassador Orchestra, Victor 18690A. Paul Whiteman’s 1927 recording of “Rhapsody in Blue”, the “electrical” version, was inducted within the Grammy Hall of Fame in 1974.